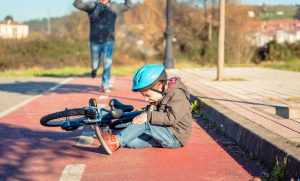 North Carolina law provides unique protection to minors. For any child under the age of eighteen, the law deems the minor “incompetent” in the field of contract law. Therefore, a child cannot enter into a binding contract. Because settlement of a personal injury claim is a contractual agreement between the victim and the defense, a child’s claim cannot be settled without court involvement. If the value of the child’s claim cannot be agreed upon, the child’s injury lawsuit proceeds in the same way as an adult victim’s case. The only difference would be the involvement of a guardian ad litem, which is a representative included at the court’s discretion to confirm that the child’s interests have been properly considered by parents, physicians, and plaintiff’s counsel.

Settlement for a minor child, to be final and binding, must be reviewed by a trial court judge and approved by court order. In smaller cases (typically claims with a total value of $5,000.00 or less), the insurance carrier may choose to waive the need for court approval. In these cases, they allow the parent/guardian to sign the release and accept the settlement for the benefit of the minor.

If the child’s injury claim is settled without court approval, the settlement is not final. Thus, if medical problems arise after the date of settlement, the child’s injury claim can be reopened. In fact, the time clock on the three-year statute of limitations in personal injury claims does not start for a minor child until the child reaches age eighteen. Thus, any minor who suffers injury because of another’s negligence has until age twenty-one to file suit and commence timely litigation. While the parent’s claim for medical expenses is governed and limited by the three-year deadline, the child’s claim remains open up to age twenty-one. If the insurance carrier does not insist on court approval, the case can be settled now and later reopened at any point before the victim’s twenty-first birthday.

If court approval is involved, this is accomplished through a “friendly action”. This legal term refers to a consensual lawsuit filed solely to bring the settlement proposal before the court. Judges’ approaches to minor settlement hearings differ from county to county and from case to case. Some judges allow informal hearings in chambers, while other judges conduct hearings in open court and carefully consider all case facts and settlement terms. In all cases, the court considers the detailed description of the child’s injury and medical treatment, permanency of injury, and the potential need for future care, the total amount of the proposed settlement, the propriety of disbursals for unpaid medical expenses and legal fees, and the plan for disbursal of the child’s net settlement proceeds.

There are two options for disbursal once the victim reaches age eighteen. First, most cases involving child injury and court approval leave the minor’s proceeds on deposit in an account held and managed by the clerk of court. There is a small administrative fee involved with initial deposit and account maintenance. These accounts do earn interest, which accumulates until withdrawal. At age eighteen, the child claimant can present proper identification and secure a lump-sum withdrawal from the clerk of court. Second, some parents prefer to utilize a structured settlement for the benefit of their injured child. Contact us today.