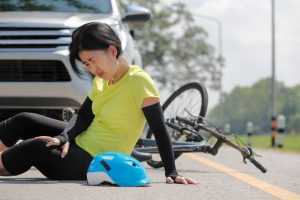 With the passage of the comprehensive Bicycle and Bikeway Act of 1974, North Carolina established the first state bicycle program in the nation. Our state’s law quickly became a national model. The legislation granted authority for the North Carolina Bicycle Program (now the Division of Bicycle and Pedestrian Transportation) to undertake comprehensive bicycle planning and programming. Obviously, bicycling is very popular in our state. Contact bicycle accidents attorney today.

Bicycle accidents have become quite common, especially in college towns and major metropolitan areas. Inner city dwellers often choose bicycles to avoid traffic and to save fuel. Unfortunately, drivers in these busy areas often fail to watch for bicycles. The resulting accidents can truly be catastrophic.

Rider visibility is a primary focus in bicycle investigations. Insurance adjusters always look at the lighting, reflectors, and the rider’s clothing and helmet to determine whether the bicyclist followed all safety rules before attempting to share the roadway. Again, the pure contributory negligence law in North Carolina allows the insurance company to deny all claims if they can show that the bicyclist was just 1 percent at fault. Because a headlight is required by statute, insurance carriers will commonly deny nighttime bicycle accidents if the rider did not have a proper headlight illuminated at the time of impact. Similarly, they look at the rider’s clothing and all other actions of the bicyclist purely with an eye toward defending the case and denying liability for all accident claims.

Injuries from bicycle accidents can be quite severe. Photographs of all road rash and visible injuries should be taken immediately after the accident. Photograph and video should also be taken during the recovery process, especially when surgery or other aggressive care is involved.

Bicyclists are encouraged to stand strong on their injury claims. Jurors favor bicyclists and appreciate the seriousness of these claims. The only negative bias we see is the occasional case where the bicyclist is involved in an accident on a high-volume roadway when he or she causes congested traffic. In the inner-city accident case, jurors typically sympathize with the injured bicyclist and they render very generous verdicts.