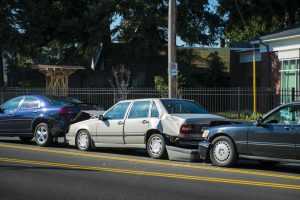 There are about 1.7 million rear-end collisions on U.S. roadways each year. About 1,7000 people die in those collisions and another 500,000 are hurt. Establishing Fault… The tailing driver is usually — but not always — at fault for a rear-end accident.Car accidents occur in a variety of ways. From fender benders, to high-speed head-on collisions, the scenarios are almost endless. A common type of collision is when one car rear-ends another. There is a pretty well-known presumption that rear-end car accidents are always the fault of the driver who rear ended the car in front. This is not always the case.

Car Accidents and the Concept of Negligence

Negligence is the term used to describe when someone’s conduct falls below an established standard of care. Basically, you are considered to be negligent if your actions fall short of what a reasonable person would or would not have done under the circumstances that led to the accident.

To prove that one driver was negligent in connection with a car accident, you must first prove that a duty existed. This is pretty simple, since all drivers owe one another a duty to exercise care when operating a motor vehicle. Second, you must prove the other driver breached their duty.

The driver of the car that rear-ends a leading vehicle will almost always be considered at least partially negligent. Every driver has a duty to follow other vehicles at a safe distance. The reason for this is because car drivers sometimes suddenly, and unexpectedly, slow down or come to a stop — to avoid a hazard in the road, for example, or simply because of traffic congestion. You are expected to have enough distance between you and the car in front of you to prevent a collision if such an unanticipated stop becomes necessary. Contact us today.