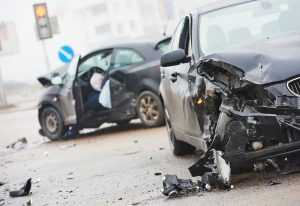 All motor vehicle collisions carry a risk of serious injuries, but those involving an ejection from a vehicle pose a particularly extreme risk of harm. People ejected from a vehicle during a crash may be more likely to suffer fatal injuries, and people who survive the ejection may face a permanent disability like paralysis. If you or a family member has been ejected from a vehicle during a serious car accident, you may be eligible to receive financial compensation for injuries caused by the ejection from the vehicle in the form of a settlement or jury award. At Nagle & Associates, Raleigh car accident lawyer Carl Nagle protects the rights of injured individuals as they pursue damages in a personal injury lawsuit. Before exclusively focusing on helping accident victims, Mr. Nagle worked as an insurance defense attorney and commercial claims adjuster. This exposure to the insurance industry has helped Mr. Nagle protect clients against the tactics employed by defense insurance companies as they seek to minimize or deny claims for recovery. We have helped people throughout North Carolina, including victims in Wilmington, Asheville, and Winston-Salem.

Automobile manufacturers are responsible for the safety of their cars, and their equipment includes safety devices specifically designed to prevent occupants from being ejected during a crash. These installed safety devices, however, can sometimes fail, and passengers and drivers can be ejected from the vehicle. While any type of accident can lead to ejections, some common causes of ejections include defective seatbelts, malfunctioning door latches, rollover crashes, and weak window glass.

Occupants can suffer a complete ejection or a partial ejection from the vehicle. When thrown away from the car at the time of the impact, individuals who are completely ejected run the risk of being run over by the vehicle or other vehicles nearby. When an occupant is thrown through a windshield or slightly out the window, a partial ejection has occurred. Seatbelts that malfunction can result in a partial ejection, since a victim’s body can remain partially inside and partially outside the vehicle. This position is particularly dangerous when a vehicle is rolling after a crash.

There may be more than one at-fault party responsible for causing an ejection from a vehicle during an accident. In some situations, the car manufacturer may be held responsible, such as if the airbags were defective, or the seatbelt malfunctioned. A product liability claim is appropriate when a design or manufacturing defect caused serious injuries in a crash. The victim would be required to show that a safer design was feasible when the vehicle was manufactured, but the company opted for a flawed design instead.

After suffering injuries in an ejection from a vehicle, the victim may also have a claim against the driver of the vehicle that they occupied or the driver of another vehicle, if the driver were negligent and this negligence caused the collision. Conduct such as driving under the influence of alcohol or drugs or driving while distracted may have caused the underlying crash. To build a successful claim against the driver, the victim would set forth evidence that the driver failed to meet their duty of care, and this failure directly led to the crash and their resulting injuries.

Victims who have proven the liability of the manufacturer or the driver may recover financial compensation for their harm. Since ejection injuries can lead to catastrophic harm, damages awards in these types of claims may be high. Monetary compensation is intended to cover ongoing medical costs, which are particularly important given the potentially dire consequences of being ejected from a vehicle. Injured individuals who have lost wages from missed work, as well as people who require rehabilitation, may be able to recover these costs. Additionally, injured individuals can secure non-economic damages, such as emotional pain and suffering.

The life-altering impact of a serious motor vehicle collision can prove devastating to victims and their families. Raleigh attorney Carl Nagle works tirelessly to get clients the compensation that they need to move forward with the healing process. At Nagle & Associates, we have chosen to offer lower legal fees than other personal injury law firms, and we do not charge clients before we recover money on their behalf. Throughout North Carolina, victims seeking a skilled motor vehicle collision lawyer have received guidance and strong representation from our firm. We are proud to help people in Raleigh, Asheville, Winston-Salem, Wilmington, Greensboro, Charlotte, and Hickory, as well as other communities throughout Wake, Forsyth, Durham, Mecklenburg, Guilford, Catawba, and Brunswick Counties. To reach our office and schedule a free consultation with a dedicated attorney, call (800) 411-1583 or contact us online.