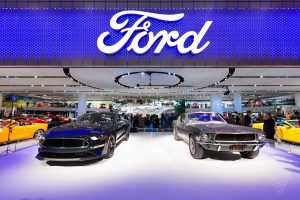 The Ford Motor Company is one of the largest car manufacturers worldwide, with a variety of vehicles ranging from passenger cars to SUVs and pickup trucks. Ford is also the parent company for the Lincoln line of vehicles and the discontinued Mercury line. Several vehicles, across different models, share similar designs and use similar parts. When there is an issue with one vehicle or one feature of a car, the issue may persist across several models. Ford accidents have a range of causes, most commonly driver carelessness. However, when a defect in the car played a role in causing a car accident, victims may also hold responsible entities accountable for the dangerous flaw. At Nagle & Associates, Raleigh Ford accident lawyer Carl Nagle helps victims who have suffered injuries in Ford accidents. His background as a former claims adjuster and insurance defense lawyer provides an in-depth perspective when preparing a strong case for recovery. Our firm aggressively advocates for people in cities like Asheville, Winston-Salem, and Wilmington, as well as throughout North Carolina. Contact ford accidents attorney.

Pursuing monetary compensation after a car accident may involve asserting a claim against another driver, in addition to the car manufacturer. A careless driver may be held legally responsible for damages resulting from a collision. As the plaintiff, an injured individual would assert that if not for the driver’s conduct, the accident likely would not have occurred. In some situations, there may be more than one at-fault party, especially when a faulty or defective aspect of the vehicle contributed to the accident.

Vehicle defects and errors in manufacturing may cause serious harm to drivers, passengers, and others on the road. While several Ford vehicle models have received strong safety ratings, the company has a history of recalls for issues concerning steering, airbag issues, and mechanical problems. People injured in a Ford accident may have a right to enlist a Ford accident attorney in Raleigh or elsewhere in North Carolina to pursue compensation from the company, as well as other at-fault parties.

Product liability is an area of the law that sets forth the duties of manufacturers, as well as retailers and distributors, when they produce products for consumers. Ford vehicles that have been involved in a collision may have a design or manufacturing defect that led to the crash. If a safer design was feasible at the time of manufacturing, but the company chose to use a flawed design instead, there may be a legal claim for compensation. Brake defects or poorly designed brakes may cause accidents, for example. Negligently designed braking systems may render brakes inefficient and prevent the car from stopping when a reasonable driver expects.

When asserting a claim for compensation, accident victims must be careful to demonstrate that they were not at fault for causing the crash. North Carolina law follows the doctrine of contributory negligence. If a victim has minimally contributed to the cause of the collision and their injuries, they will not be entitled to recover damages in a personal injury claim.

Contact an Experienced Ford Accident Lawyer in the Raleigh Area

While Ford vehicles do receive mostly favorable reviews, several models have had defects and errors. Individuals injured in a Ford accident may assert their legal right to compensation by filing a personal injury claim. Raleigh Ford accident attorney Carl Nagle and the team at Nagle & Associates can gather evidence that is designed to hold any responsible parties accountable for their harmful conduct. We use a proactive approach to counter any tactics meant to delay or minimize claims for damages. Motor vehicle collision lawyer Carl Nagle is prepared to bring a claim against a manufacturer, a retailer, a driver, a driver’s employer, or anyone else who may have been at fault. We help people who need a car crash lawyer throughout North Carolina, including injured individuals in Raleigh, Winston-Salem, Asheville, Wilmington, Greensboro, Hickory, and Charlotte, as well as other communities throughout Wake, Forsyth, Mecklenburg, Durham, Catawba, Cumberland, New Hanover, and Brunswick Counties. Contact one of our seven offices to set up a free case evaluation with an experienced attorney. We can be reached online or by calling (800) 411-1583.