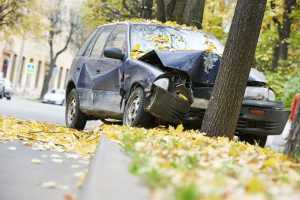 As a former claims adjuster and insurance defense lawyer, car accident attorney Carl Nagle can seek damages and costs that you may have sustained in a motor vehicle collision. Buick is an American automobile brand focusing on luxury vehicles that generally receive favorable safety ratings. It is owned by General Motors, a larger company that controls several brands of cars. General Motors offers models of Buick vehicles that range from SUVs to crossovers and sedans. Raleigh Buick accident lawyer Carl Nagle and the team at Nagle & Associates seek to hold all at-fault parties accountable for an accident. Mr. Nagle is effective at anticipating and overcoming the challenges posed by insurers seeking to minimize victims’ claims. He is capable of securing damages from careless drivers as well as recovering costs from manufacturers and other entities accountable for dangerous vehicle flaws that contributed to a crash. As a result of Mr. Nagle’s experience and skill, the firm has recovered hundreds of millions of dollars in compensation for injured people in Raleigh, Wilmington, Winston-Salem, and Asheville, as well as other areas of North Carolina.

File a Claim for Damages After a Buick Accident

After suffering injuries in a car accident, victims may assert a legal claim against an at-fault driver. In the lawsuit, the victim would be the plaintiff, required to prove that the driver’s conduct caused the accident. North Carolina law requires that injured individuals pursuing a legal claim show causation, meaning that the accident would not have occurred if it were not for the driver’s careless conduct. In some Buick collisions, there may be multiple parties at fault, particularly if a defect in the vehicle was involved in causing the accident. A Buick accident attorney can advise Raleigh residents and others on the defendants whom they may be able to sue.

Despite the general safety of Buick vehicles, recalls have been initiated by General Motors due to issues with fires, airbags, and rollaways. Victims of Buick accidents may pursue their right to a legal claim against the manufacturer or other parties for failing to meet their legal duties. According to product liability law, the company may be at fault for Buick cars that have a manufacturing or design defect that causes a crash. Legally, the plaintiff may be required to show that at the time of manufacturing, there was a safer design feasible, but the company chose to use a flawed design. An example includes poorly designed brakes that are inefficient and may not prevent the vehicle from properly stopping.

Enlisting the help of an attorney can help overcome any potential challenges to a legal claim for compensation. For example, injured individuals may be required to overcome the doctrine of contributory negligence in the event that the defendant driver alleges that the victim contributed to the cause of the crash. According to North Carolina law, when an accident victim minimally contributed to a crash, they are not entitled to recover damages. Thus, it is critical to fight back against any allegation of shared fault.

Attorney Carl Nagle’s experience and background strengthen our firm’s ability to effectively recover compensation after a Buick car accident. Bringing over two decades of professional experience to helping injured victims and their loved ones, Raleigh Buick accident attorney Carl Nagle only advocates on behalf of people hurt by the careless or reckless actions of others. Our office offers a free case evaluation, which provides a means for victims to learn more about Mr. Nagle’s skills and the details of their legal claim. Following a Buick accident, call one of our seven offices and speak to a skilled motor vehicle collision lawyer who is ready to advocate on your behalf. We have helped people throughout North Carolina, including victims in Raleigh, Asheville, Wilmington, Greensboro, Charlotte, Hickory, Winston-Salem, and other communities throughout Forsyth, Wake, Durham, Mecklenburg, Cumberland, Catawba, Brunswick, and New Hanover Counties. Nagle & Associates can be reached online or by calling (800) 411-1583 to schedule your appointment.