Nationwide is a major insurance carrier throughout the United States and here in North Carolina. Unfortunately, there are times when this company denies claims after a vehicle accident occurs, and this can lead to significant financial setbacks for a crash victim. Here, we want to discuss the steps that you need to take if a Nationwide claims adjuster tells you that your claim has been denied. 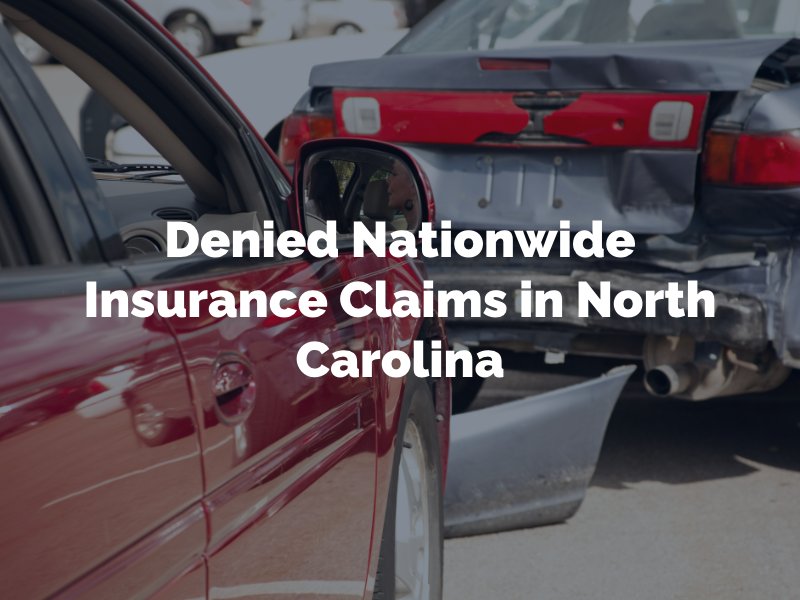 Why Nationwide Claims get Denied in North Carolina

Nationwide is indeed a major insurance carrier, but that does not mean that all claims made with this company will be accepted. The reality is that insurance carriers use various tactics to limit how much money they payout in a settlement, and most of these tactics are not illegal. Some of the most common reasons that Nationwide and other insurance carriers deny auto insurance claims in North Carolina include the following:

This is certainly not a complete list of why an insurance claim could be denied. We strongly encourage any person who has received an insurance claim denial from Nationwide in North Carolina to reach out to a skilled attorney immediately. A lawyer will examine the facts of your case, gather the evidence needed to prove liability, and submit a strong claim to the insurance carrier.

The North Carolina Department of Insurance requires that all insurance carriers handle claims in good faith and fair dealing. When a person signs an agreement for a policy with Nationwide and they pay their monthly premiums, they should be able to receive payment for legitimate claims promptly. However, there are times when Nationwide insurance claims adjusters operate in bad faith and deny a claim. Some of the elements of a bad faith denial can include:

Discussing Your Insurance Denial With an Attorney

Dealing with a bad faith insurance claim denial from Nationwide can be difficult. In fact, it can be downright intimidating for an individual without much legal experience. However, a Raleigh car accident attorney can fully examine the wording of the policy as well as any denial letter and work to recover the compensation you need. This includes compensation for your medical bills, property damage expenses, pain and suffering losses, and more. Additionally, you may be able to recover compensation in the form of punitive damages against Nationwide if the denial was indeed done in bad faith.